To start lets put the two cards side by side… 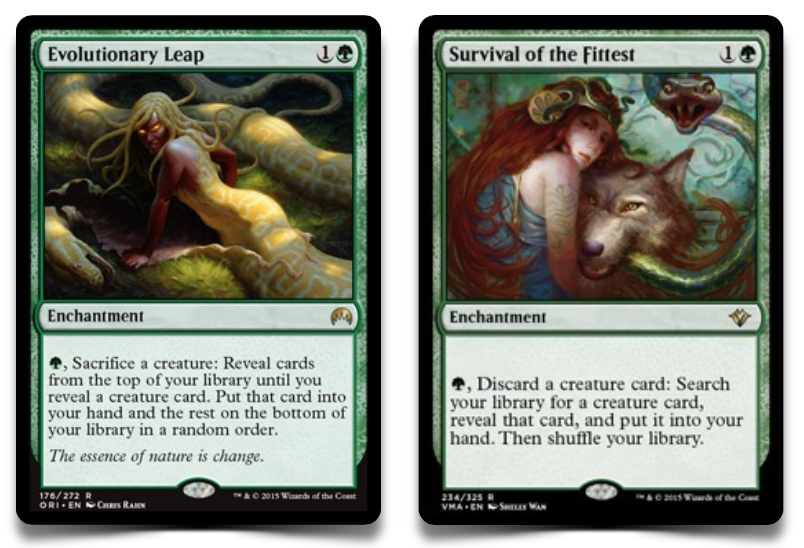 Both Survival and Leap are enchantments with the same CMC but what separates the two and is the catalyst for this article are their activated abilities. Survival’s ability is a tutor effect at the cost of 1 green and the discarding a creature card where Leap’s only looks for the next available creature card in your library at the cost of 1 green and the sacrificing of a creature.

Ok, at first glance I can see why people would prefer Survival over Leap, but let’s dig a little deeper…

Lets look at the additional cost of each of their abilities, discard vs sacrifice.

1. You have to have a creature card in your hand to discard.

2. The card in your hand has to be worth less (value to your game state) than the card you want to tutor up.

3. The discarding does have some potential added value if you are playing with a graveyard strategy in mind.

1. You have to have a creature to sacrifice (token or non-token), this is great as many game states and generals can support this line of play…

Yasova and other Generals that steal creatures love this card as when you take an opponent’s creature you can then sacrifice it so your opponent can’t get it back and then you get the added value of getting the next creature in your deck. Hazezon and General’s like Kokusho, the Evening Star and Derevi, Empyrial Tactician all benefit from being sacrificed and gain value by them not being on the field. Ghave and other token generating Generals all benefit from sacrificing low power tokens to get something potentially bigger.

2. Because of the sacrifice activation effect you can take advantage of enter the battlefield effects and evoke triggers to still have value vs just discarding a creature.

3. Since you are not searching your library you can’t be punished by cards like… 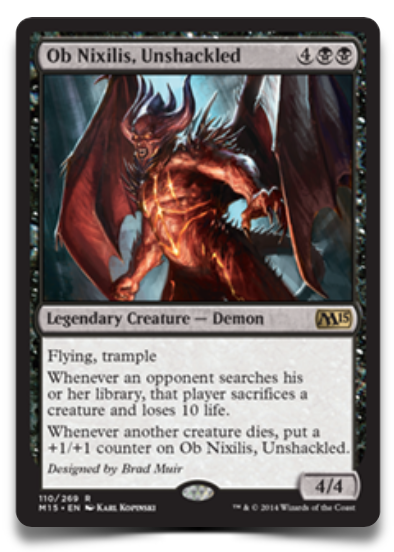 Now there is one other area to consider for both Survival and Leap and that is a graveyard strategy. Both can feed the graveyard either by discarding or sacrificing and because of this you can pair them with cards like The Mimeoplasm.

The next area to consider when looking at both Survival and Leap is their perceived threat.

Lets face it, Survival of the Fittest is a lightning rod for both the card and the player using it. Everyone knows that this is a bomb and has to be dealt with immediately and if it can’t be removed then the player using has to be dealt with. Where as Evolutionary Leap doesn’t attract this sort of immediate hate. Leap is clearly superior in this area.

Next thing to consider is the cost of the card (money).

At the time I’m writing this the mid price on TCGPlayer.com for Survival is: $42.89 where as Evolutionary Leap’s mid is: $6.07.

Granted there is a reason for the difference in cost and it doesn’t just have to do with the how good Survival of the Fittest is, it has to do with the scarcity of the card. Survival has been around for a long time and as such there are far less of them in circulation it can also be attributed to the fact that Wizards of the Coast can never reprint the card (see here for more details). 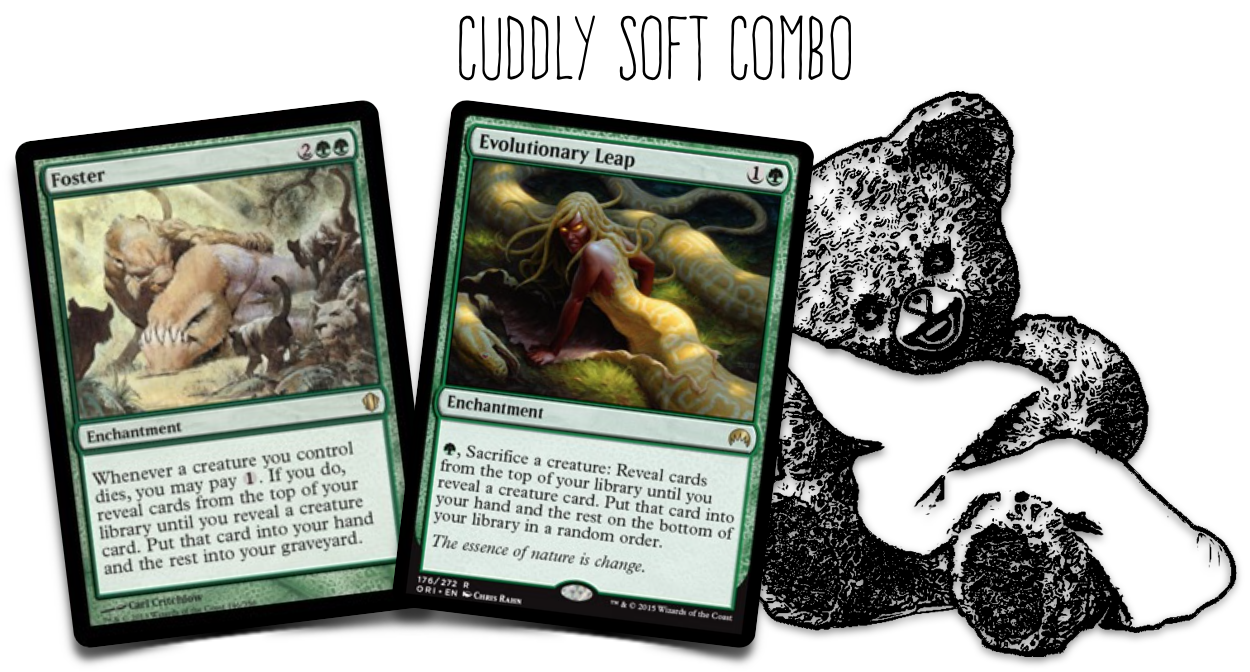 In this example I paired Foster with Evolutionary Leap. So if I sacrifice a creature I then get a trigger from Foster where I can pay 1 colorless mana to perform basically the same effect as Evolutionary Leap. So for two mana I receive two creature cards at the cost of one. The synergies don’t stop here, let me show you another one: 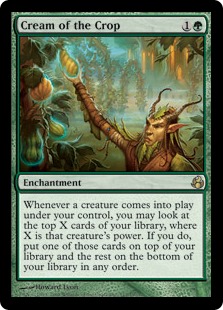 With Cream of the Crop I can setup my library for the next creature I would get when paired with Evolutionary Leap.

Basically, this card can create a great deal of many soft combos where Survival of the Fittest can really only tutor for them.

This is my total thought process when it came to comparing the two cards and I’m sure you might still have some reservations about saying Evolutionary Leap is better than Survival of the Fittest but I would urge you to play with Leap and see what you can come up with.

Thank you for reading and please feel free leave your comments below and don’t forget to follow me on Twitter.