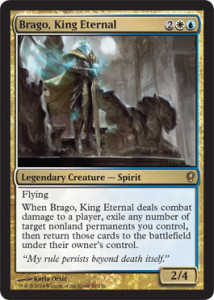 His first ability is Flying.

Brago’s second ability is really what makes him special and it states:

“When Brago, King Eternal deals combat damage to a player, exile any number of target non land permanents you control, then return those cards to the battlefield under their owner’s control”.

Its his second ability that really makes this spirit an awesome and unique general in EDH.

Brago, at his essence a flicker general with one awesome twists… he flickers more than just creatures!

With that in mind I would build around that fact.

• You like the idea of possibly winning by general damage.

• Your meta plays [magic]Torpor Orb[/magic] (this really just shuts down the creatures).

• You are not good at remembering triggers.

Let me show you what I mean…

Lets say we have our general on the field and then we cast [magic]Jace, the Mind Sculptor[/magic]. 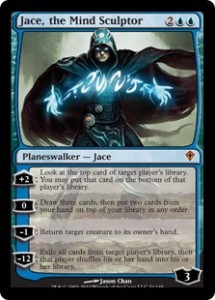 Assuming Jace resolves I can then use any of his abilities like brainstorm… or unsummon… or fate seal then move to my attack phase.

If I deal combat damage to a player with Brago I can then flicker out Jace and have him re-enter the the battlefield and I can use Jace’s abilities again.

(Obviously, you wouldn’t want to do this if your goal was to ultimate the planeswalker but this was just to show a possible synergy.)

This same theory can be applied to all the planes walkers in (W)(U) color identity: 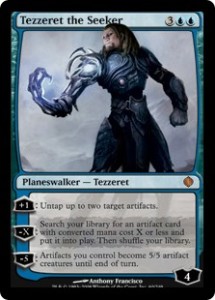 [magic]Elspeth, Sun’s Champion [/magic], gives me the ability to make six soldier tokens per turn or the option to board wipe then make tokens (or vise versa). 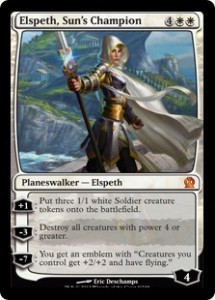 [magic]Tamiyo, the Moon Sage[/magic], lets me tap down multiple targets or draw cards twice per turn! 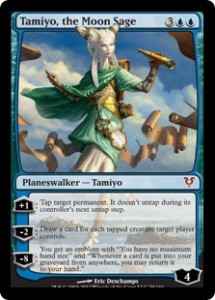 This general’s ability is just insane when it comes to flickering.

Since Brago lets you flicker any non land permanents cards like [magic]Treachery[/magic] can be used for mana ramp and still maintain control of a creature. 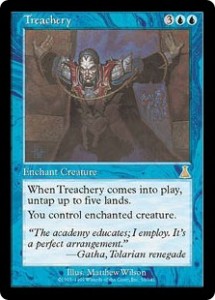 [magic]Story Circle[/magic] and [magic]Teferi’s Moat[/magic] allow us to reassess what color we have chosen to adjust to the current board state. 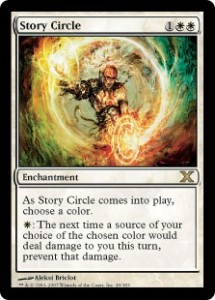 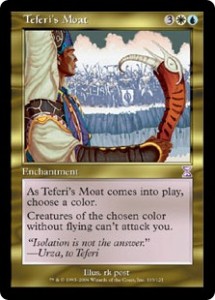 [magic]Runed Halo[/magic] has a similar benefit but you can change your protection based off the current board state when you flicker it. 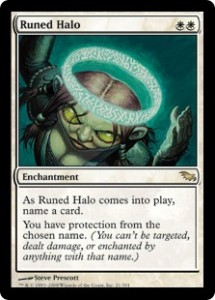 There are plenty of other enchants with awesome ETB effects but all should be considered when building Brago.

• Any of the “gain control of ” enchantments.

Artifacts can provide some awesome synergy with a flicker general like Brago it just depends on how you want to use them. A great example of a powerful flickerable card would be: 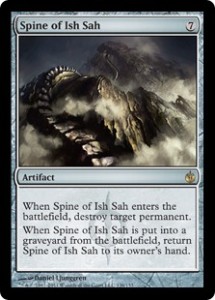 This card provides some awesome removal and other players are hesitant to destroy it as it will just go back into your hand.

If you are looking to lockout your opponents then you can add: 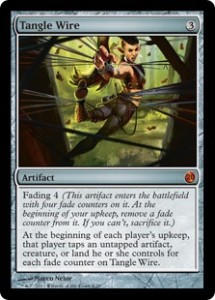 Because you can attack every turn you can just keep flickering [magic]Tangle Wire[/magic] so it never runs out of fade counters. 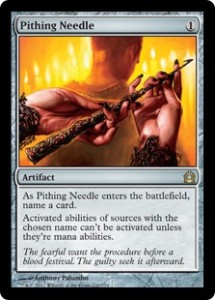 [magic]Pithing Needle[/magic], is another viable option for lockout since you can constantly be reassessing the board state with your general’s flicker ability.

Another interesting artifact is [magic]Mangara’s Tome[/magic], this card allows you to tutor, thin and even shuffle your library every time you flicker it.

I’m not going to go into to much detail here but the usual flicker suspects would be good add ons in this deck, cards like: 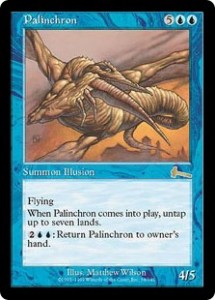 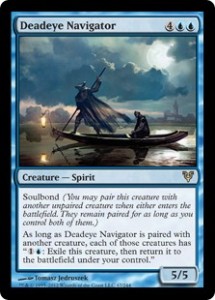 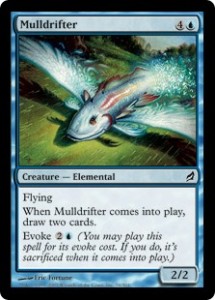 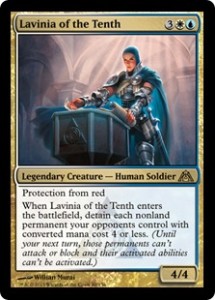 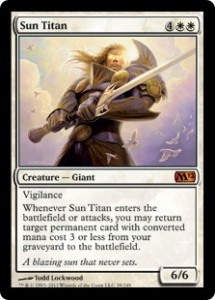 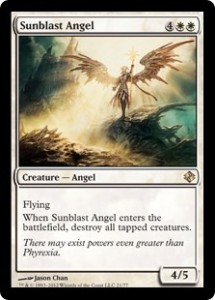 All these creatures and more would make an awesome addition to the deck.

Double strike is another mechanic that can add some serious value to Brago. Since his ability triggers when doing combat damage to a player cards that add double strike to him just allow you to flicker items twice. So cards like [magic]Fireshrieker[/magic] and [magic]Silverblade Paladin[/magic] just make Brago that more powerful. 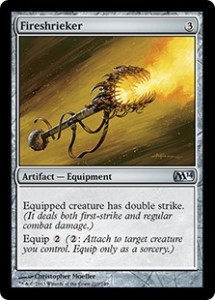 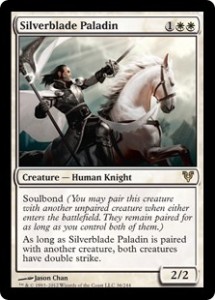 Hexproof and shroud are two mechanics that you definitely want to include when building around Brago. Because of all the reasons listed above Brago will be a lightning rod when it comes to targeted removal and should be protected at all cost.

When it comes to counter spells I always suggest checking out my other article on a good counter spell package:

Brago makes an awesome EDH General and can provide some great fun when paired up with the right cards.

I would love to see you all deck lists and your suggestions for future primers.

Please leave your comments below.